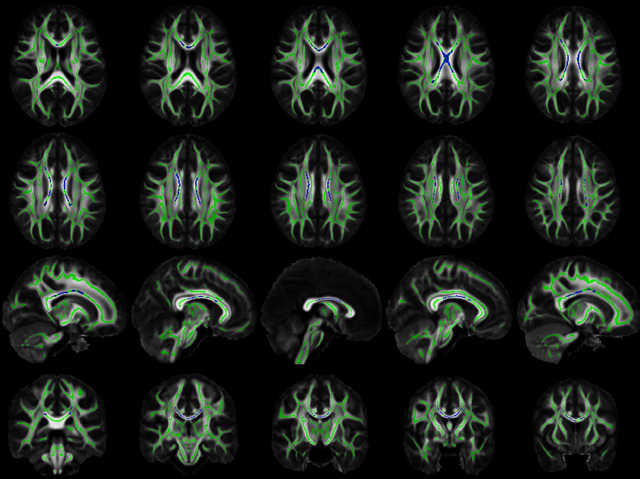 “Use your grey matter,” an annoying person might say, pointing to the mass of communicating brain cells (neurons) inside your skull. Yet the lesser-known white matter in our brains is equally important to thinking clearly. Outlined in green in these dMRI brain scans, white matter is made up of bundles, or tracts, of neuron bodies. Bunched together like electrical cables, they carry messages between areas of grey matter – where the neuron ends communicate. An area of white matter, highlighted here in blue, is often found damaged inside elderly brains. Pictured from different angles and depths here, the damage affects part of the brain called the corpus callosum, where neurons controlling spatial awareness are bundled. Age brings inflammation to the corpus callosum – often eroding the neurons’ natural insulation, myelin – which may explain how spatial perception requires more careful thought as we grow older.