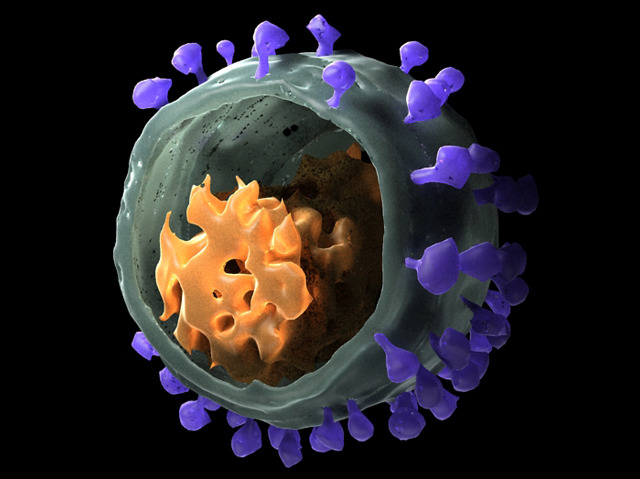 Pictured is a CGI of a simian immunodeficiency virus (SIV) – a retrovirus that infects non-human primates. It was this kind of virus that made the leap over to humans early in the 20th century, resulting in human immunodeficiency virus (HIV). Rhesus macaques infected with SIV develop acquired immunodeficiency syndrome (AIDS), which inhibits the immune system, and usually die within two years. But researchers have demonstrated that a vaccine can protect the monkeys from infection. The vaccine is a cytomegalovirus tweaked to express SIV proteins, which spur the immune system to hunt down the virus. Half of the monkeys given the vaccine and then infected with SIV showed no signs of the virus up to three years later. Researchers plan to see if the vaccine can clear SIV from monkeys that have already been infected. If so, the same approach could potentially be used to treat HIV-infected humans.