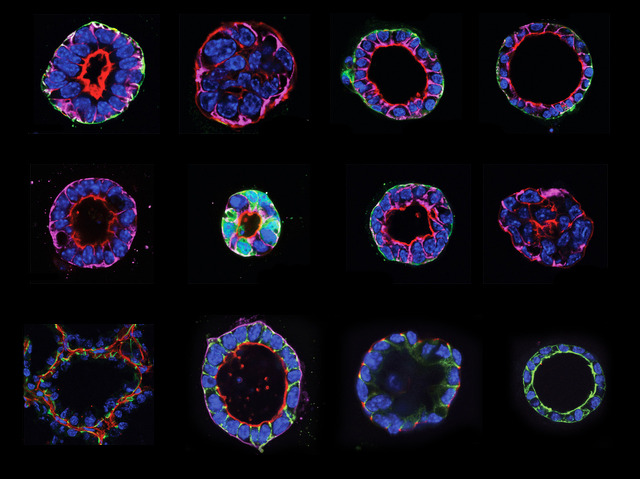 Breastfeeding a baby may seem ordinary, but in the animal kingdom it’s exceptional. Humans, along with other mammals, are the only creatures capable of producing milk, which flows from mammary glands to hungry mouths through a network of ducts. How these tubes (seen here in cross-section) form is complex, and relies on the internal structure of component cells becoming asymmetrical, or polarised. While the process is poorly understood, scientists have now implicated two proteins, which when working together, mediate polarisation and thus allow a healthy passageway to appear. Without either one, the tubes fail to form (second and eighth images looking top left to bottom right). Investigating polarisation, however, is more than just knowing where a baby's breakfast comes from. Malfunctioning of the process is linked to diseases such as cancer, and so understanding the problem could eventually lead to new therapies.