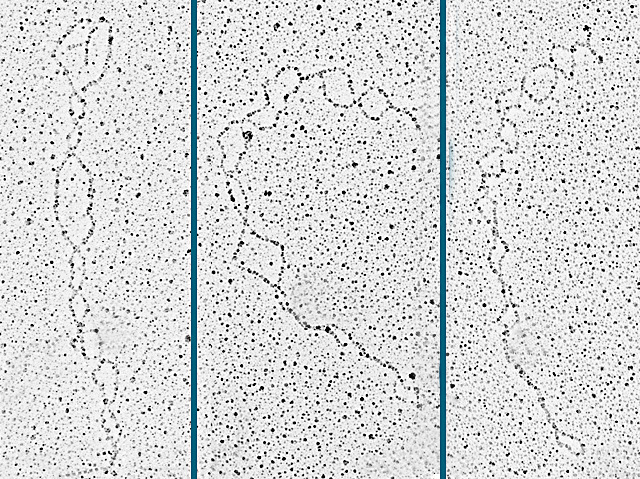 These writhing loops may look like bits of string, but they’re actually individual strands of DNA, purified from yeast cells. They’re just a few billionths of a metre in diameter – around 20,000 times thinner than a human hair – yet we can see them thanks to a technique called electron microscopy. This means that scientists can now look at individual genes as they get switched on and off in a single cell, rather than having to take an average across many cells. By studying single genes at this exquisitely detailed level, researchers have discovered that there’s a high degree of randomness. Sometimes everything lines up the right way so the gene can be switched on, sometimes not. Figuring out how this process works in simple organisms like yeast helps to shed light on what might be going on in more complicated systems, including our own human cells.