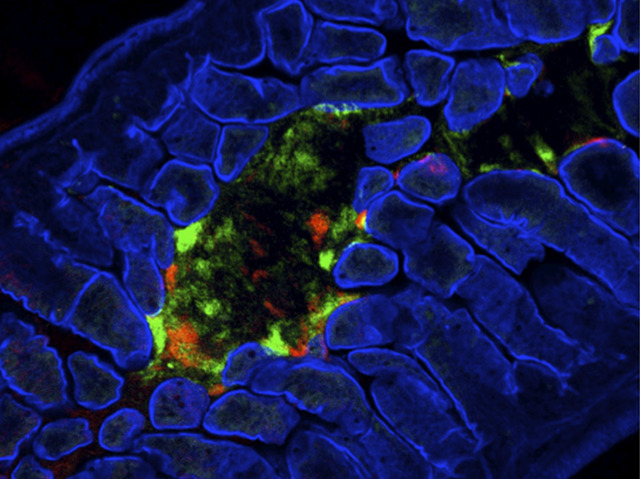 An estimated 3–5 million cases of cholera occur worldwide each year. Picked up from contaminated food and water, it badly affects areas of the developing world where access to clean drinking water is poor. The culprit bacteria Vibrio cholerae make their way to the intestine, where they infect the cells, causing vomiting and diarrhoea. Using a technique called intravital two-photon fluorescence microscopy biologists are now able to visualise whereabouts in the intestine V. cholerae (pictured in green and red) is likely to target, and how. They found that where the cholera bug settled depended on a number of factors, such as the abundance of the normal gunky mucus layer formed from proteins called mucins and produced by the gut’s cells (blue), and how much the bacteria themselves moved. Being able to see the interplay between us and our tiny invaders could show new ways to halt infections.