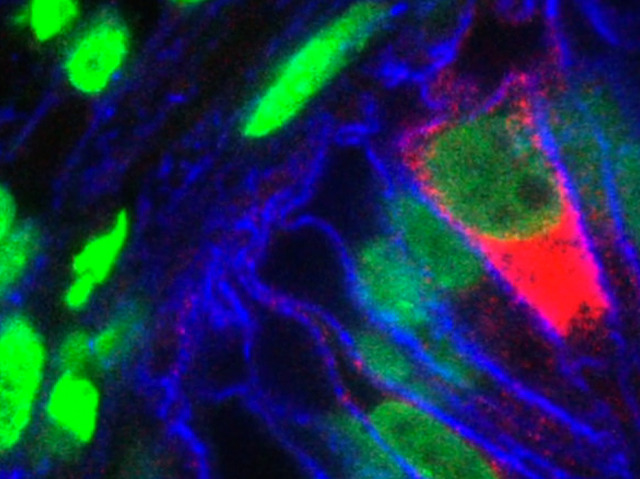 Human stomachs are hard to replicate. Lab staples like mice and fruit flies have digestive systems that are sufficiently different to make them poor models for studying gut development and disease. Now, though, scientists have used stem cells to grow human stomach tissue in a dish. The feat was achieved with a cocktail of hormones and proteins that tell pluripotent stem cells to become the cast of cells that form a part of the stomach called the gastric antrum, which connects to the small intestine. Roughly the size of a sesame seed, the resulting ‘gastric organoids’ – a section through one is pictured – contain no immune cells or blood, so they’re not perfect model systems. But they will be a great way to figure out how a bacterium like Helicobacter pylori (stained red), which targets the gastric antrum, causes ulcers and cancer – and they’ll be used to test experimental drugs.