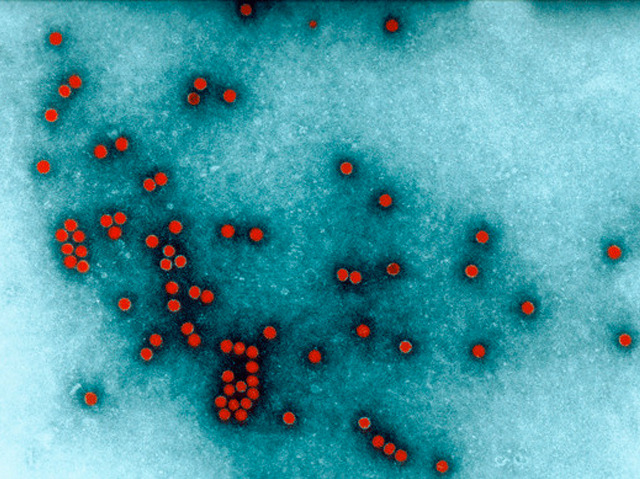 Polio is an infectious disease caused by the poliovirus – pictured – that can, in some cases, cause paralysis. Routine vaccination has wiped it out in most parts of the world, but major outbreaks still happen. In 2010 polio struck in the city of Pointe-Noire in the Republic of Congo, also known as Congo-Brazzaville, killing almost half of the 445 people infected. At the time, the severity of the outbreak was attributed to low vaccination coverage. But now researchers have found that the Pointe-Noire poliovirus was actually a vaccine-resistant strain. DNA sequencing revealed two previously unknown mutations that likely helped the virus to evade vaccine-stimulated antibodies. Indeed, when the Pointe-Noire strain was tested on blood samples from vaccinated people from Germany and Gabon, their antibodies were less effective than against other strains. The results suggest that together with continued vaccination, global health authorities need to focus on monitoring for vaccine-resistant poliovirus strains.