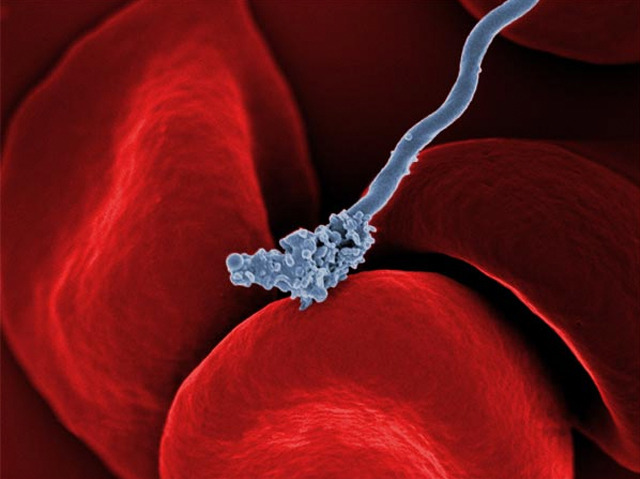 This spiral Borrelia bacterium (coloured in blue) defeated entire armies on the battlefields of Flanders during the First World War when it infected a quarter of the soldiery. Transmitted by body lice (but not head lice) that infested the trenches, the bacterium caused a debilitating typhus-like illness known as Trench fever, or relapsing fever. Among the famous sufferers it laid low was J.R.R. Tolkien, author of the Lord of the Rings, whom it forced out of the trenches and into hospitals and camps while he suffered from recurring bouts of fever, sweating, chills and muscle and joint pain. The bacterium's unusual ability to periodically reshuffle its DNA give it chameleon-like powers to sneak past the body's immune system by coating its surface with new molecules that temporarily escape attack, so causing relapses of fever. Soft-bodied ticks, but not the hard-bodied variety that carry Lyme disease, also transmit the bacterium.