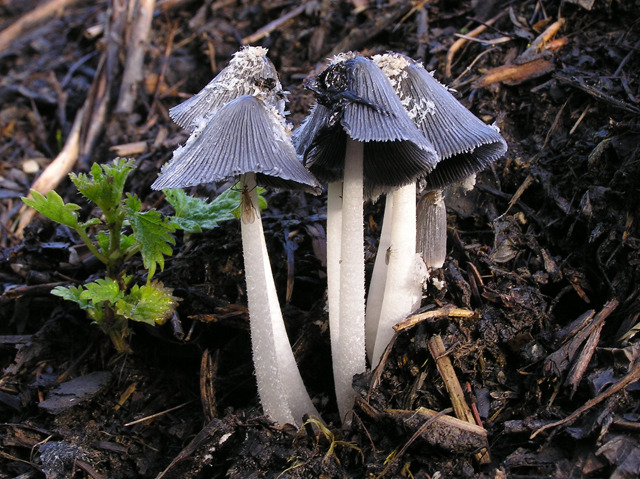 To survive in environments teeming with microbial threats, fungi produce a cornucopia of antibacterial compounds. As a result, fungi are a rich source of antibiotic drugs. Potentially they could even yield compounds capable of killing bacterial strains that have evolved resistance to existing antibiotics. The latest discovery is a novel microbe-killing protein from a mushroom called the grey shag (Coprinopsis cinerea) – pictured – which grows on horse dung. In lab tests, the protein, named copsin, killed a range of bacteria, including the food-borne human pathogen Listeria monocytogenes and a strain of Enterococcus faecium that is resistant to the common antibiotic vancomycin. Copsin is also unusually robust against protein-degrading enzymes, making it a promising candidate for the development of new antibiotics and food preservatives. But its discoverers also want to figure out how the grey shag and other fungi have used antibiotics for millions of years without incurring resistance in bacteria.