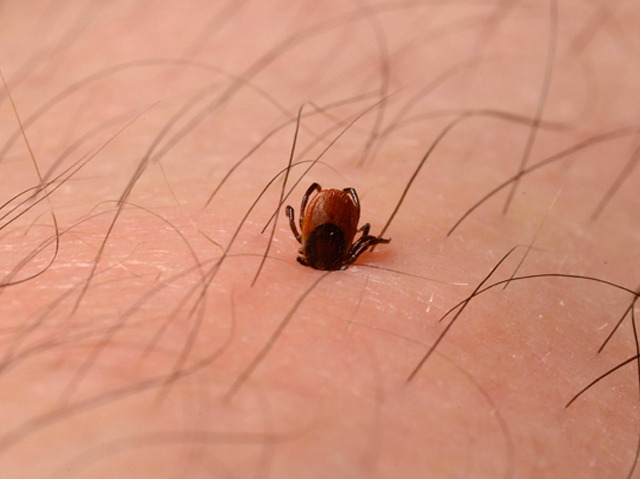 This is a tick burying its incisor-like claws into a human leg. Ticks feed on the blood of various animals, passing on all kinds of bacterial pathogens as they go. Lyme disease is the most famous tick-borne disease, but it’s not the only one. Babesiosis, a malaria-like illness caused by a tick-borne bacterial parasite called Babesia microti, is on the rise in the United States. For now, antibiotic treatments do the trick. But to better understand how B. microti survives inside its hosts, and to find its weak points, scientists have sequenced its three genomes. That’s right, three: one in the nucleus, one in the mitochondria, and another in the apicoplast, a cellular compartment unique to certain parasites, including the malaria parasite Plasmodium falciparum. If apicoplast genes prove important for B. microti's ability to infect hosts, they might make good targets for the development on new treatments for human babesiosis.