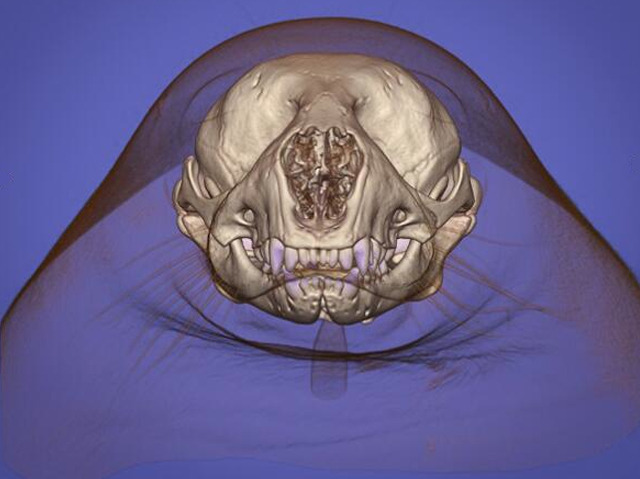 This is a computed tomography (CT) scan of a dead seal’s head. CT is a noninvasive imaging technique that uses X-rays to capture hundreds of virtual slices, which are then reconstructed into a 3D model that can be virtually dissected. In recent years, CT scans have emerged as a new way to perform autopsies. Criminal forensic investigators like the method because it creates a digital record of the evidence. But clinical pathologists are increasingly turning to CT scans, too. One reason is that it can reveal causes of death, particularly those involving damage to soft tissue and blood vessels, in cases where hands-on dissection would destroy evidence. The ‘virtopsy’ won’t replace the scalpel just yet. But its champions hope it will complement conventional methods and help to reverse the recent decline of postmortems in hospitals, where doctors can learn from the deceased in order to improve their powers of diagnosis.