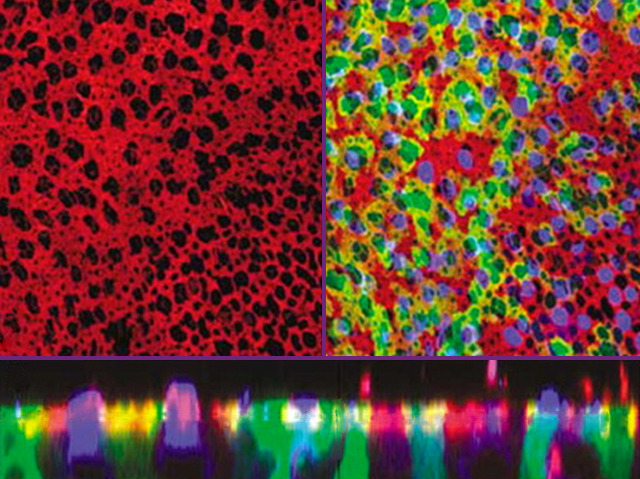 Ménière’s disease damages the inner ear causing hearing loss and vertigo. But despite being described in 1861, its root remains unclear. It’s thought that a third of cases are caused by a viral infection triggering an autoimmune response, damaging the cells. Unlike birds, we can’t regenerate cells in our inner ear; therefore, cell damage is likely to be permanent. Currently there’s no cure, but gene therapy – using a harmless virus to insert genes like those responsible for regeneration in bird’s ears into human cells – is being investigated. Here, fluorescence microscopy shows cell structures – sensory and supporting – of the inner ear tissue (red). On the right, and underneath viewed side-on, sensory cells are highlighted in blue, and in green are those that have successfully received the new gene. Getting sensory cells to incorporate relevant genes may one day be a means to cure or alleviate problems of the inner ear. 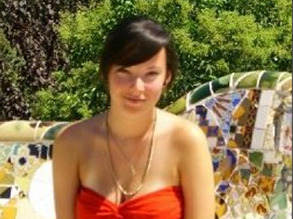 Katherine is a neuroscience graduate who is now studying a PhD in hearing loss after a year out working in healthcare advertising. She enjoys writing for the university newspaper and has a strong interest in science communications.