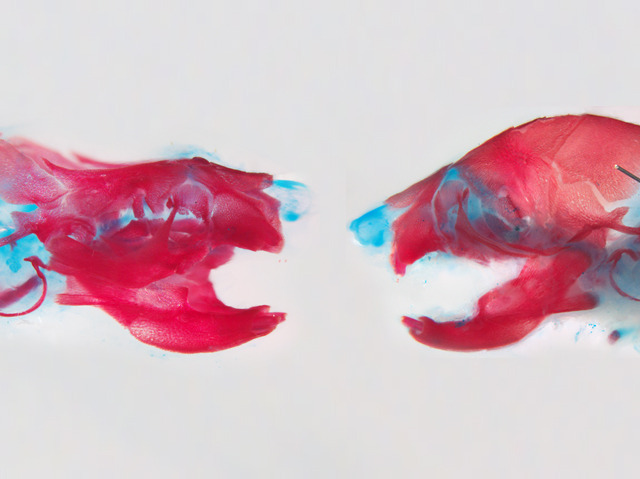 Around a third of all birth defects involve the head and face. Even relatively mild problems may be distressing, and the most serious cases prevent babies from feeding. One such condition is known as syngnathia, where babies are born with their upper and lower jaws fused together and may have other problems with their faces too. In order to shed light on the underlying gene faults that lead to syngnathia, researchers have turned to genetically engineered mice. The skull on the left is taken from a mouse lacking a gene called Foxc1, which is usually switched on in the special cells that come together to form the bone (red) and cartilage (blue) of the face, while the one on the right is from a normal animal. Although syngnathia is relatively rare, the researchers hope these mice will reveal more about the origins of more common types of facial deformity too.