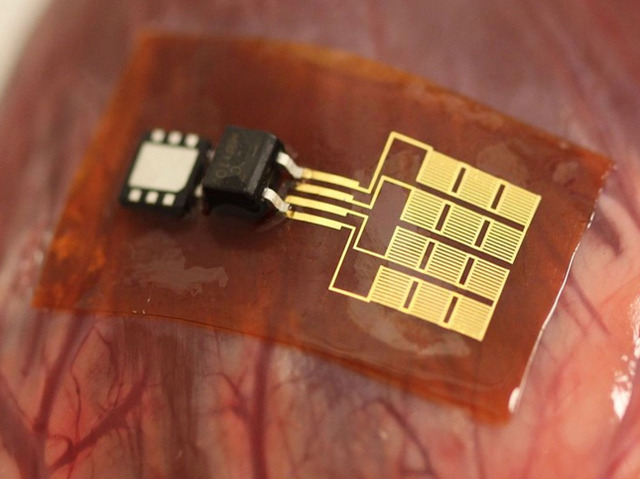 When the battery dies in an artificial pacemaker, the patient has to go under the knife to get a replacement. Not for much longer, perhaps, as scientists have developed a flexible energy-harvesting device (pictured here on a cow’s heart) that converts the movement of organs into electrical energy, which is then stored in a rechargeable micro-battery. The device relies on thin ribbons of a man-made compound called lead zirconate titanate, which has a piezoelectric effect – meaning that it accumulates electrical charge in response to mechanical stress. When the bendy generator was tested in living cows, sheep and pigs, it generated enough juice to power a human pacemaker. For the moment, there are still concerns that the heart could be poisoned if the lead-containing compound leaks. But if scientists can find a non-toxic piezoelectric material with similar efficiency, the days of surgical procedures to change a battery may be numbered.