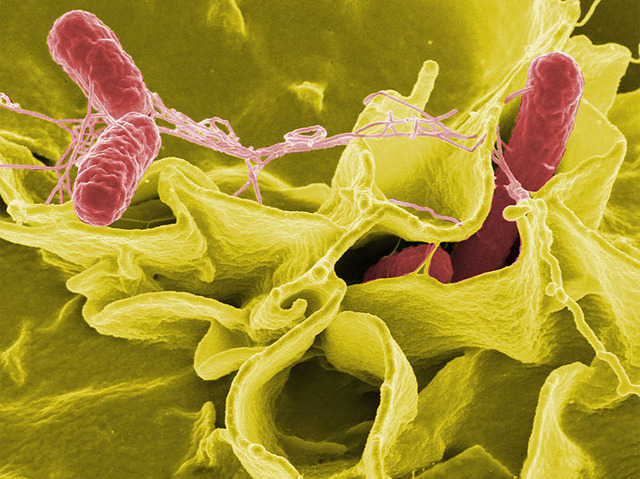 The bacteria Salmonella enterica causes gastroenteritis – a grim bout of diarrhoea and vomiting – as well as more severe diseases such as typhoid. Vaccination against Salmonella bacteria is key to preventing infection. Salmonella vaccines come in two forms: living and dead. Living vaccines are made up of a weakened form of the pathogen; non-living vaccines consist of dead bacteria. Both trigger the immune system to recognise and fend off the bacteria in the event of future infection. Here, the bacteria (coloured red) are invading a human immune cell. But the big question is, which vaccine – live or dead – is best? A recent study in mice found that live vaccines killed Salmonella bacteria more quickly than non-living vaccines. Not only that, live vaccines also prevented the bacteria from replicating and spreading to other organs because it stimulated a type of immune cell called T cells that were not activated by the dead vaccine.