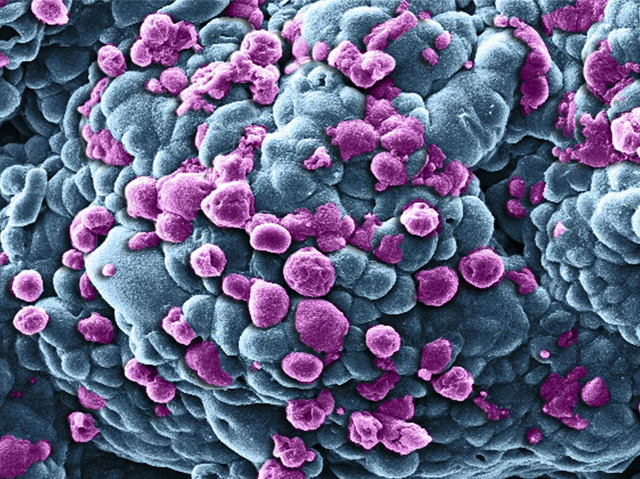 This is a cluster of breast cancer cells (shown in blue) in which some cells (pink) are dying after treatment with a drug called doxorubicin, which triggers apoptosis or programmed cell-death – where cells effectively commit suicide. Doxorubicin is also toxic to non-cancerous cells, and heart cells in particular, which limits the amount that doctors can give to patients. To overcome the problem, researchers want to deliver the drug directly to tumours in molecules chemically modified to target cancer cells. One promising approach is to combine the drug with dendrimers, repetitively branched snowflake-like molecules that can be tailor-made to have particular properties. When doxorubicin was combined with a dendrimer known to inhibit blood vessel growth, the complex penetrated tumours better than the drug alone in living mice and killed more cancer cells. The results suggest that this combination could be a good way to design new cancer drugs.