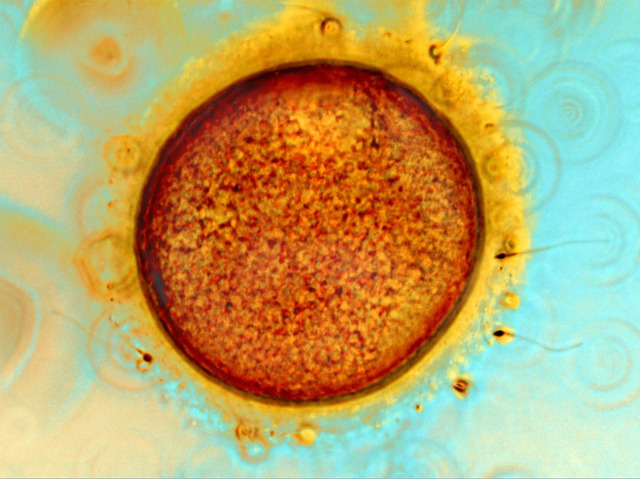 Sir Robert Edwards, who was born on this day in 1925, won the Nobel Prize in Physiology or Medicine for the development of in vitro fertilisation (IVF). IVF is the process of fertilising an egg (or ovum) with a sperm in a laboratory dish, and gives women with fertility problems the chance to bear children. Here, the photographer has captured the moment of conception during IVF. For successful fertilisation, the sperm must penetrate the protective cumulus cells surrounding the egg (coloured yellow) and the outer membrane, called the zona pellucida (stained red-brown). Edwards had to overcome significant political and religious resistance to his novel procedure. Nonetheless, in 1978 Louise Brown, the world’s first so-called ‘test tube baby’, was born (though her conception actually took place in a Petri dish). By the time of Edwards’ death in 2013, more than four million births had resulted from IVF.