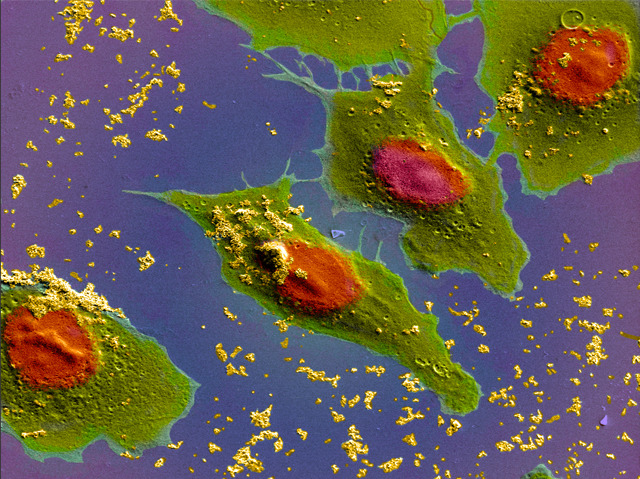 This is not a tropical archipelago photographed from space. It’s a microscopic snapshot of lung cancer cells (green and red) gobbling up tailor-made carbon nanotubes (gold). These rolled-up sheets of carbon could potentially be used to deliver drugs or genes into target cells. First, however, researchers had to figure out exactly how nanotubes get into cells, and whether they can pass through the cell membrane and directly inside the cell without being wrapped within membrane as they go. Using a powerful electron microscope, the scientists showed that nanotubes get into cells in three different ways – and confirmed they can indeed pass directly inside a cell, though the way they enter depends on the type of cell. The images also showed that the nanotubes are later safely ejected. Much more work is required, but the study at least supports the idea that nanotubes could one day be employed as therapeutic couriers.