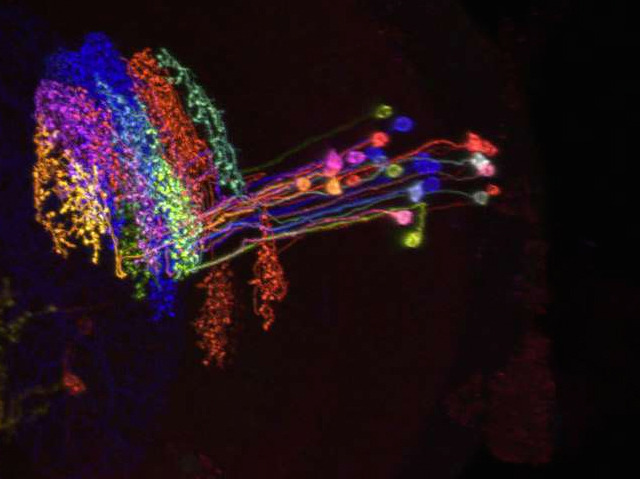 Everest, the recent 3D film, invites audiences to ‘experience the epic adventure to the summit’. The sensation that you’re climbing a mountain seems real because the images stimulate neural circuits in your brain that process actual movement. Scientists trying to understand how these complex circuits work have discovered a previously unknown type of neuron, named LPi, in fruit flies – which are studied because they have a similar but simpler motion processing system to humans. These neurons cause parts of the circuits to become excited by motion in one direction and inhibited by opposite motion. This is believed to play an important role in reducing ‘noise’ in the neural circuits that would otherwise cause confusion. Pictured is a cluster of LPi neurons, modified to glow in various colours, connected via long nerve fibres to the lobula plate – the brain structure of the fly devoted to visual motion processing.