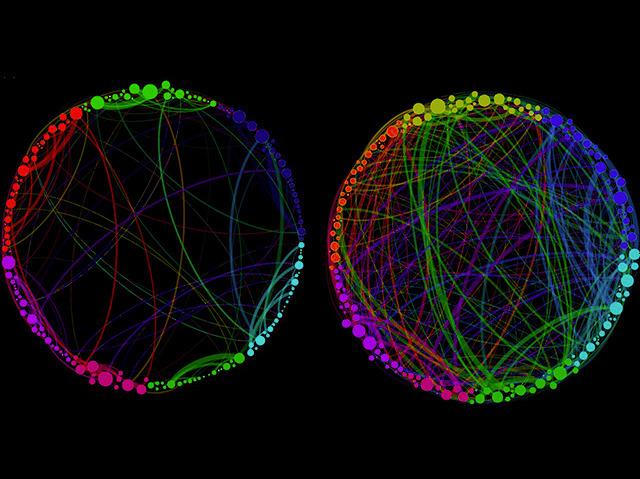 Understanding how the brain is organised and how its 100 billion neurons are integrated is a challenge for modern neuroscientists. Combining neuroimaging tools, such as functional magnetic resonance imaging, with statistical network analysis allows scientists to better understand brain activity with potential for clinical applications. For example, these images are simplified visualisations of links between different cortical regions – the parts of the brain thought to be important in consciousness. The network on the left shows the placebo baseline, while the network on the right is from subjects under the influence of psilocybin – a psychedelic compound produced by magic mushrooms. Both the proportion and strength of the links were much higher in the psilocybin group, suggesting that the psychedelic state is associated with a less constrained and more intercommunicative mode of brain function. This shift in connectivity could be useful in treating psychological disorders like depression and PTSD. 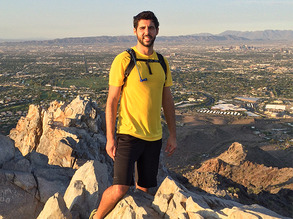