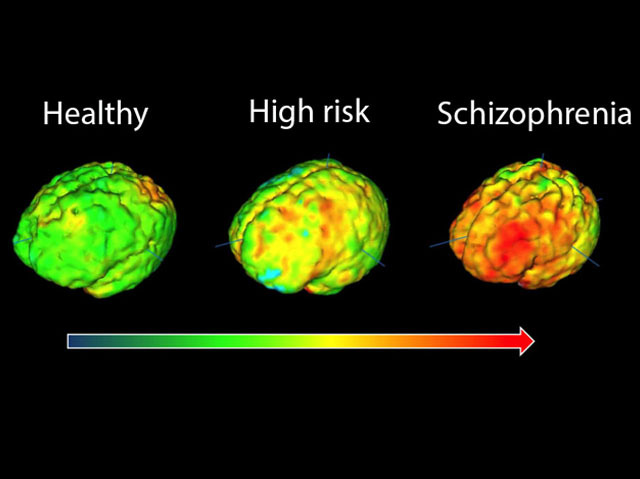 If the cells in our brains become damaged or infected they can be pruned, much like gardeners prune damaged branches from trees. But too much pruning can make trees unhealthy – and it seems the same is true in our brains. Instead of gardeners, our brains use immune cells called microglia. Results published yesterday by researchers at the MRC’s Clinical Sciences Centre show for the first time that microglia are more active in the brains of people who have or are at risk of schizophrenia. The scientists scanned the brains of people with no symptoms or risk of the disorder (left), those at risk (middle), and those already diagnosed (right). They found that microglial activity increased (orange, red colouring) in line with the severity of symptoms. According to the researchers, this suggests that testing people at risk of schizophrenia might mean they could be treated early enough to avoid severe symptoms.

Find out more about this image, and read about the MRC’s Clinical Sciences Centre psychiatric imaging research.