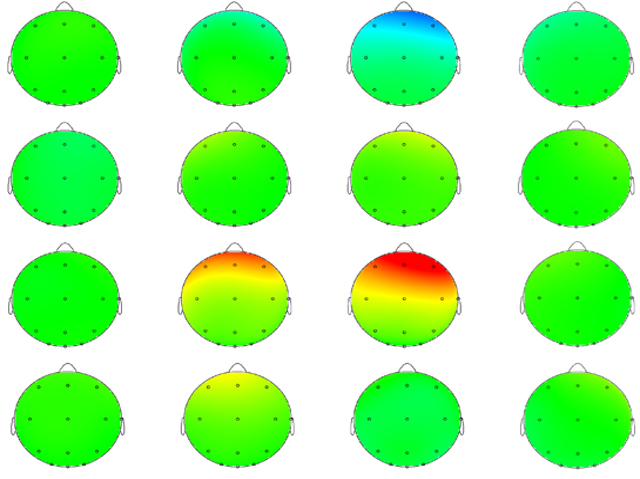 Your smartphone rings, you answer, and your brain becomes active as you listen. But is it as simple as that? 3G smartphones emit spikes of radiation similar to radio waves. Here, scientists investigated whether those radiation spikes can influence the pattern of brainwaves. They used an electroencephalogram (EEG), a technique normally used to diagnose epilepsy. Women were exposed to either a 3G-active phone (bottom two rows), or to a phone with no signal (top two rows) while being monitored by EEG. To make it a fair test the phones were silent. When a 3G-active phone was held to the ear, changes in brainwave patterns indicated by the colour red, were clearly seen about half a second after a radiation spike (third column). Should you be worried? The phone does activate the brain in ways you‘re not conscious of, but so far no adverse effects have been found.