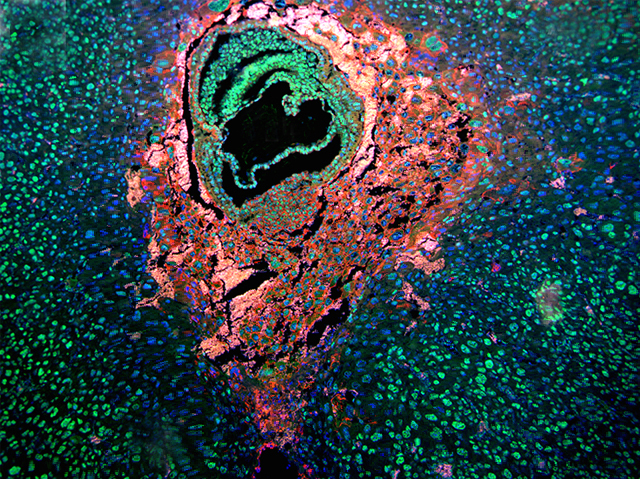 After fertilisation, the uterus creates an environment to harbour a growing embryo. Early on, sequences of molecular interactions take place between the uterus and embryo, to give the best chance for the developing placenta and a successful pregnancy. Little is known about how this crosstalk is regulated, so researchers looked in mice at a protein called Rac1, which is found in very high levels in the decidua – the lining of the uterus. Removing Rac1 affected a molecule called VEGF – crucial for the development of blood vessels. And, as well as causing bleeding, it led to abnormal trophoblast cells. Normally these cells – important for the embryo-uterus interaction – start as a thin layer in the uterus lining (inner green ring). Without Rac1 they over expand (pink), leading to a disorganised placenta and, ultimately, miscarriage. Studies of the uterus lining of women who suffer recurrent miscarriages may expose Rac1 as a culprit.