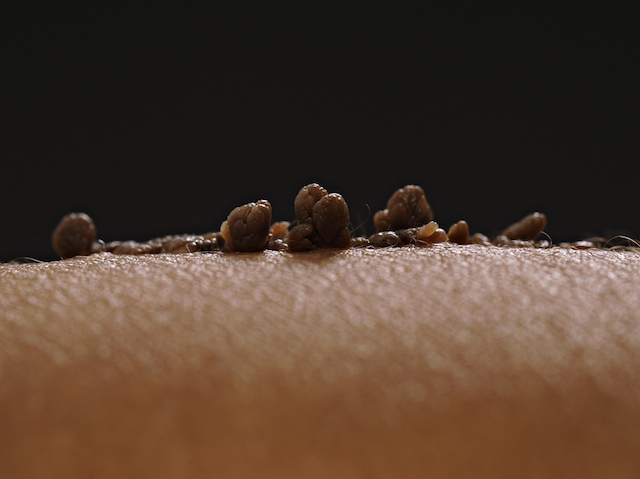 This strange-looking landscape is a close-up photo of a person's skin, studded with small growths known as epidermal naevi. They're caused by normal skin cells growing out of control, and turn up in around one in every 1,000 individuals. And although the growths are harmless, their appearance can be troublesome – surgical removal is a common option, but they tend to come back again. Faults in a gene called FGFR3 have been found in around a third of people with certain types of epidermal naevi, but for everyone else the genetic faults at work are unknown. Normally, FGFR3 sends signals to cells telling them to divide and grow exactly where they're needed, and it's tightly controlled. But within epidermal naevi, the faulty version of FGFR3 is overactive. It's continually driving the skin cells to grow out of control so that they form these characteristic lumps and bumps.