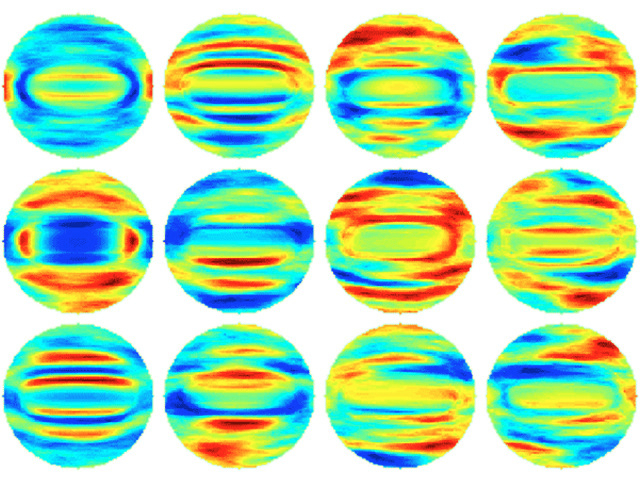 Recognising a disease-causing bacterium in a crowd can be tricky – many look identical under normal microscopes. Treatment for harmful bacterial infections such as L. monocytogenes, E. coli or L.casei is often delayed by expensive chemical labelling or genetic tests. These pictures show a new rapid method to nab nasty microbes using holograms. A hologram is a reconstruction of how a 3D object disturbs or scatters light. By comparing how laser light scatters around a specific bacterium, unique 'fingerprint' patterns can be teased out using a technique called Fourier transformation. Here Fourier Transform Light Scattering has produced twelve different patterns of a single L. casei bacterium. These could be quickly compared with samples taken in hospitals using a bacteria-busting computer algorithm a bit like those used for human facial recognition.