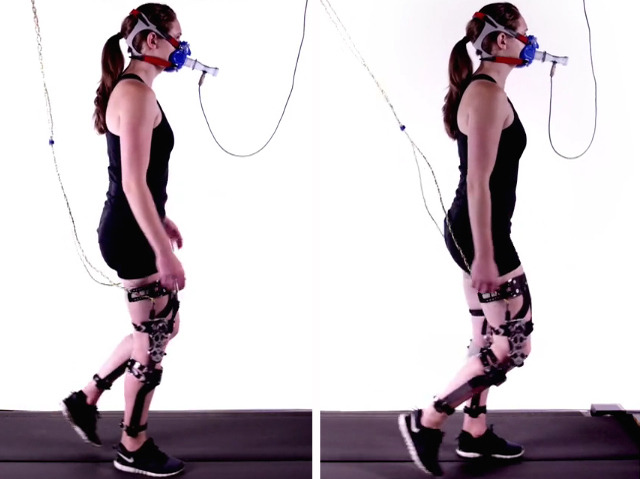 A person may take to the treadmill to get fit, but subconsciously their body is trying to spend the least energy possible. Scientists have known for decades that people minimise energy expenditure during movement, but what wasn’t clear was the time scale needed for such optimisation. It's been suggested that evolution tweaked our movement efficiency, and that further enhancements occur during a person’s development and life. But researchers now show that people monitor and adjust their locomotion continuously to maximise efficiency. In a recent study, scientists asked participants to don computer-controlled exoskeletons (pictured) while they increased or decreased (left and right) resistance to certain parts of the subjects’ legs. These tiny changes made the participants’ normal gaits ever so slightly more energy-demanding, and within minutes the subjects adapted to more efficient gaits. Exactly how the body monitors energy expenditure and executes these little energy-saving adjustments is the next question.