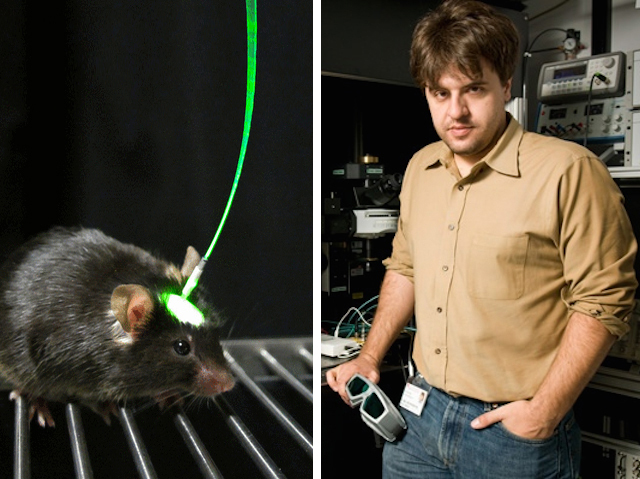 Karl Deisseroth has become known for his key role in the development of optogenetics, a technique that allows scientists to turn genes in the brains of living animals ‘on’ or ‘off’ with the flick of a light switch. In 2005, Deisseroth and colleagues used a virus to deliver genes from pondweed into the brains of mice. Once there, these genes directed the production of light-sensitive proteins, called opsins. Inside the brain, opsins sit on the surface of nerve cells and can control the activity of these cells. Scientists can activate opsins – and hence the nerve cells – by shining light down a fibre optic cable. Researchers across the world now use optogenetics to better understand how our brains work. This month Deisseroth’s work was recognised with a ‘Breakthrough Prize’ for fundamental science. He said, “The mysteries of the brain are so deep that, to make progress, we need to take big risks and blind leaps.”