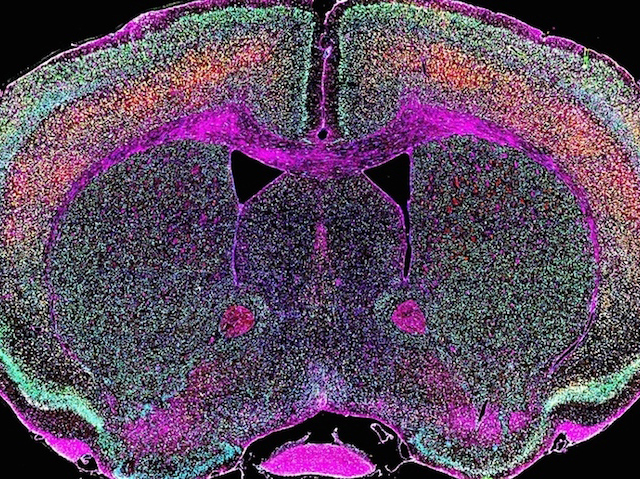 Up to 8% of our DNA comes from viruses whose genetic codes spliced themselves into our ancestors’ genomes during infections that took place over thousands of years. While most of it's usually harmless junk, researchers have recently found that a deadly motor neuron disease known as amyotrophic lateral sclerosis (ALS) could be triggered when ancient viral genes called HERV-K are roused from their millennial slumber. This set of genes, stained yellow in this slice through the cerebral cortex of a mouse, were found to have been activated in a group patients who had died of ALS, the researchers discovered, where they produced a protein toxic to nerve cells. While ALS has been linked to mutations in over 50 different genes, what caused these viral genes to switch back on remains a mystery that the scientists now want to solve to neutralise them.