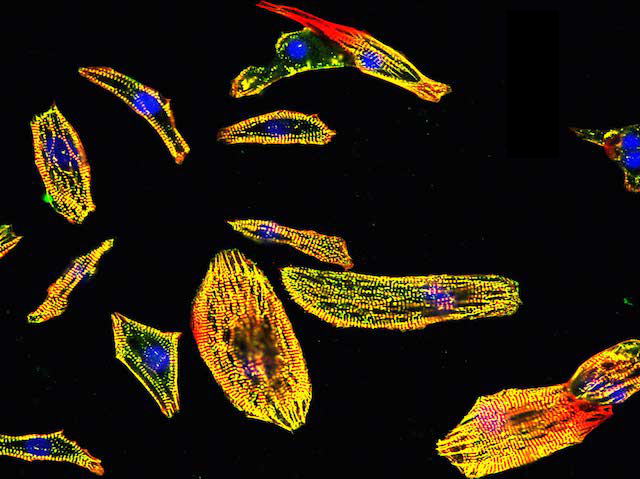 Damage to the heart caused by a heart attack can be so bad that the tissue never recovers. Instead, a scar replaces what were once functional, beating cells. The scar saves the patient from immediate death, but long-term the reduced activity often leads to heart failure, poor quality of life and ultimately premature death. Injection of stem cells – commonly taken from bone marrow – into patients’ hearts has been an approach aimed at regenerating the damaged muscles, but clinical trials have yielded little success. Now, research indicates that heart muscle cells themselves (pictured) might do a better job. In a rat model of heart attack, heart muscle cells derived from human embryonic stem cells yielded greater improvements in heart function than stem cells from bone marrow. Furthermore, it’s possible that use of a mature cell type (muscle) might reduce the risk of tumour formation – a concern with stem cell use.