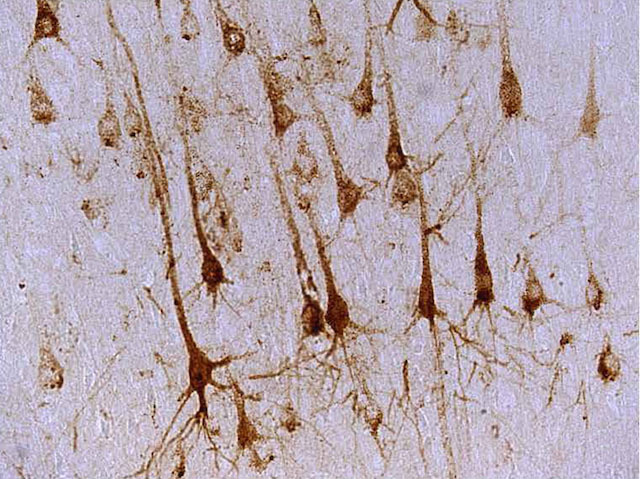 For some people this picture resembling an upside-down watercolour of leafless trees, may bring thoughts of bleak mid-winter, but for the scientists whose hard work the image represents, the thoughts are likely to be more joyful and triumphant. The trees are in fact neurons in a section of brain from a dog that has been successfully treated with gene therapy. Brown staining of the cells shows the presence of the gene's product: an enzyme called TPP1. Kids with mutations in the TPP1 gene develop a rare but devastating neurodegenerative condition called Batten disease, which is characterised by seizures and the gradual loss of vision, speech, cognitive ability and mobility. Death before age ten is common. Encouragingly, in dogs with a naturally occurring version of the disease just one dose of TPP1 gene therapy resulted in the animals living longer with noticeable improvements in their cognitive ability and quality of life.