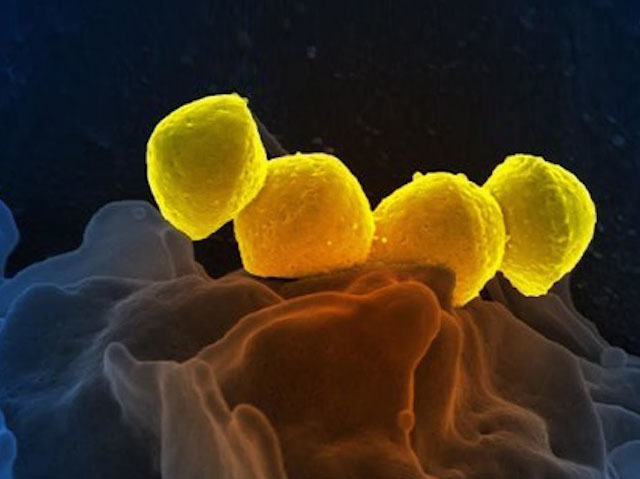 The childhood disease scarlet fever is on the rise. After being virtually eradicated during the past century, major outbreaks have occurred in mainland China, Hong Kong and the UK. Researchers are tracking the spread of the disease – and its worrying resistance to antibiotics – using genome sequencing. This technique involves studying the DNA of the fever-causing bacteria, Streptococcus pyogenes – a group of these bugs is pictured (false coloured yellow) binding to a human white blood cell (blue). By identifying small differences between the genomes, it’s possible to tell how closely one outbreak is linked to others and to detect drug-resistant mutations. Scarlet fever affects mainly 5–12-year-olds and causes a characteristic red rash on the chest or stomach. At one time it was often fatal but milder forms of the disease emerged in the 20th century, making it unpleasant but rarely life-threatening.