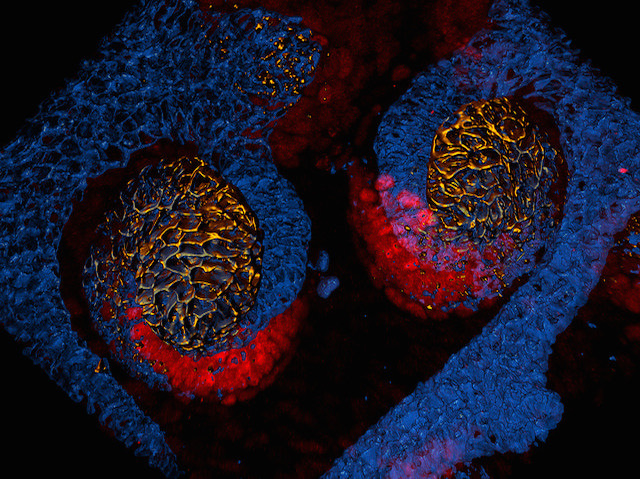 Some vital jobs are unglamorous and those doing them hardly get a mention. One such unsung hero is the humble kidney, working overtime on your nights out ridding your body of excesses. A million of these nephrons – small sac-like structures (yellow) permeated by tiny blood vessels – make up a single kidney where they filter blood and produce urine from impurities removed from the bloodstream. Problems arise when those tiny blood vessels are damaged, such as during diabetes – a disease that looks set to afflict an increasing number of us. So it’s timely that researchers are achieving noteworthy breakthroughs raising awareness of the vital function of kidneys. In their latest milestone, scientists coaxed nephrons to grow on command using a potion based on a molecule called beta-catenin, which tells cells to form the specialised structure. These achievements raise hopes that future regenerative medicine will be able to heal damaged organs.