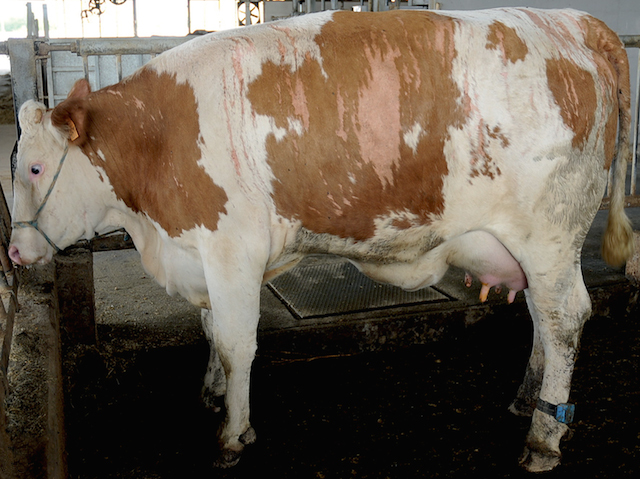 Deep down, we're all stripy. As we grow in the womb, the cells forming our skin migrate across our developing body in stripe-like tracks called Blaschko's lines. These trails don't normally show up in humans, but they're the source of stripes in animals such as cats. This cow has streaks of hair-free skin rather than coloured fur, due to a fault in a gene called TSR2 – involved in hair growth in many mammals including humans – located on one of her X chromosomes. Because cows have two X chromosomes compared with males (who have an X and a Y), they randomly switch one off in every cell to compensate for the double dosage. Due to this random X-inactivation in skin cells, some of them will have to rely on the faulty copy of TSR2 as they grow and migrate in a developing calf, creating the hairless stripes.