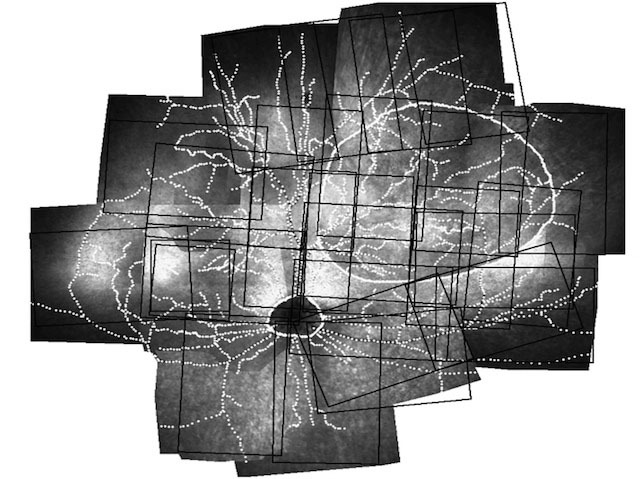 Modern neuroscience is battling the alarming rise of diseases that progressively kill cells in the central nervous system. Some of these diseases, like retinitis pigmentosa, are caused by genetic defects that target the eye. Therapies trying to fix these genes are promising, but once cells begin dying there’s often little to be done. However, a group of scientists recently treated dogs with retinitis pigmentosa. Even in animals that had already lost 40–60% of their retinal cells, gene therapy was able to stop further cell death and prevent blindness. One way to assess how well the dogs’ eyes were doing was to take pictures of different parts of their retina. Overlaying them like a quilt reveals the whole retina and its blood vessels (white dotted lines). Studies like these give hope that gene therapy can stop progressive diseases of the eye and brain, even when cell loss has already begun.