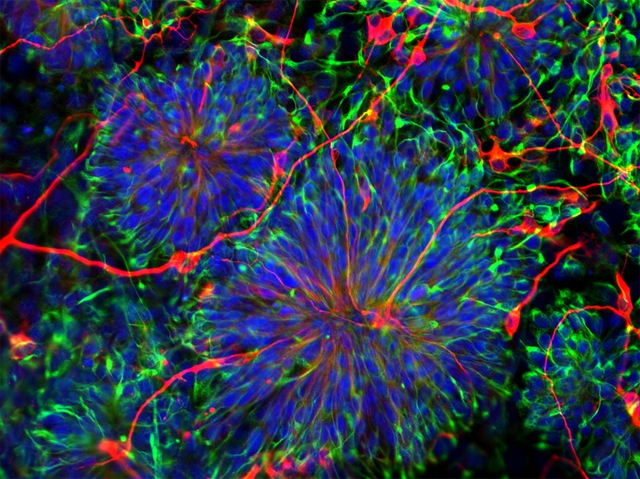 Stem cells are important for the maintenance and repair of tissue – but if too many are produced, it can lead to cancer. Scientists have discovered that a gene, called Prkci, controls this critical balance by influencing whether stem cells duplicate themselves or start to change into other types of cell such as blood or nerve. In laboratory experiments, embryonic stem cells of mice that were genetically altered to lack Prkci favoured self-renewal rather than change, or differentiation. Pictured are mouse embryonic stem cells that have differentiated (red), and neural stem cells (green) that are less inclined to change because they lack Prkci. This type of research could help scientists to develop drugs that control stem cell production and help repair injuries or fight certain diseases, while avoiding a significantly increased risk of cancer.