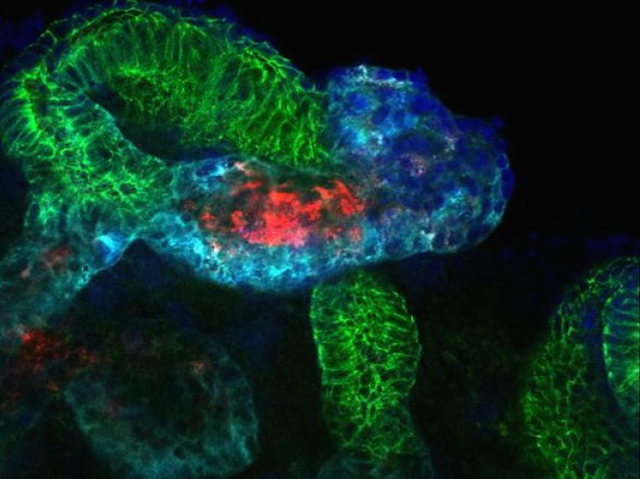 If current efforts by thousands of stem cell scientists prove successful, medical science today will seem archaic by the standards of future regenerative medicine. The idea is simple enough in that it aims to do away with natural organ transplants and drastic operations by replacing diseased tissues and even entire organs with healthy artificial ones. With obesity-linked metabolic diseases like diabetes on the rise, demand is increasing for organs such as kidneys that are already in high demand but short supply. Being able to re-grow kidney cells and even entire embryonic kidneys (stained blue and orange), as scientists have done here using stem cells from skin, gives hope that alternatives to dialysis treatment of failing kidneys could be found. While the prospect of transplanting artificial organs still remains some way off, stem cell scientists have so far chalked up several firsts, including growing a mini-brain, stomach and even basic eyes.