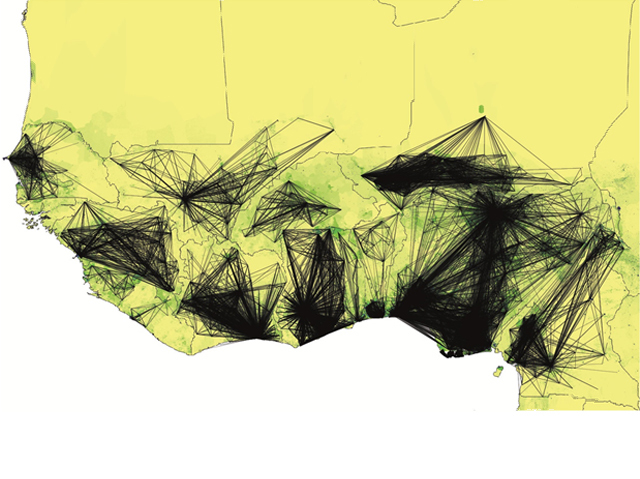 Your phone network knows where you are, but this needn’t sound sinister. This map shows how anonymous tracking data from mobile phone towers are being used to fight diseases. In this area of West Africa, the recent outbreak of Ebola killed thousands of people. Mobile phones moving within range of different towers during the outbreak (black lines) reveal the flow of people between settlements in different countries – crucial information to discovering how the disease was able to spread so quickly. The data, gathered from collaborating mobile phone companies, help researchers, medics and policy makers to plan their responses to future epidemics. In future, anonymous data could be measured in real time and between countries, so that the spread of threats like Ebola and cholera are easier to manage. It may sometimes feel like 'Big Brother' is watching us, but often he’s a force for good.