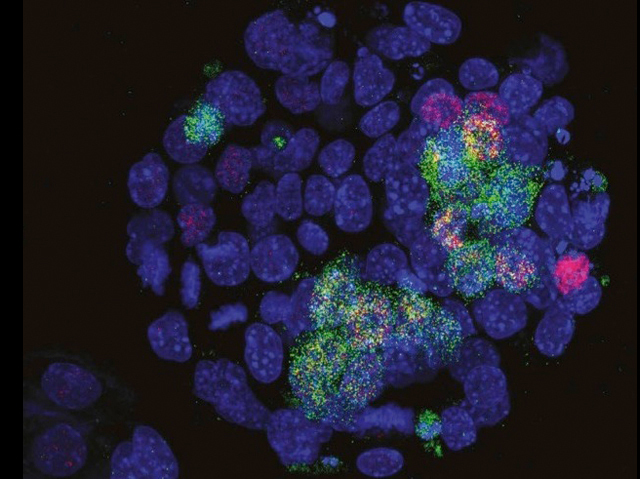 Scientists don’t fully understand how identical twins are formed, but results published by researchers at the MRC’s Clinical Sciences Centre (CSC) suggest that a gene, called Jarid2, may play a role. The study indicates that Jarid2 acts like the conductor of an orchestra, to co-ordinate how cells in the developing embryo communicate with each other, and to ensure that they respond to growth signals at exactly the right moment. A few days after fertilisation, these cells typically cluster together in a group, called the inner cell mass, which sits inside a ball-like structure, called the blastocyst (blue). The CSC researchers showed that when these cells lacking Jarid2 were introduced to a blastocyst, they formed not one, but two or more inner cell masses (green, left and right). Led by CSC director Amanda Fisher, the scientists suggest that this may be an early stage in the development of identical twins.

Find out more about this study, and similar research at the Clinical Sciences Centre.

Deborah Oakley is a neuroscience researcher at the University of Cambridge, with expertise in science communication.