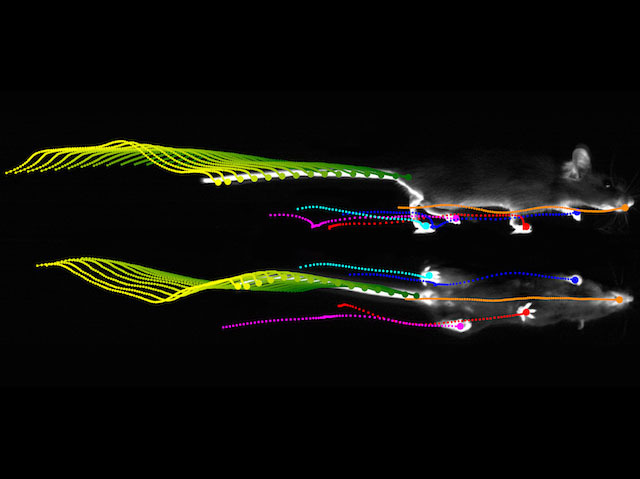 With trails of light emanating from its limbs, tail and face this mouse looks like it’s in a cheesy pop video. It’s not, of course, but if by some wonderful miracle it were, researchers could track its every dance move. New movement-recording technology called LocoMouse devised by scientists in Portugal uses high-speed cameras and self-teaching computer algorithms to automatically detect a mouse’s nose, paws and tail and precisely monitor their movements in 3D – the light trails represent their trajectories. Prior to this invention, neuroscientists often used balance beams or other physical challenges to assess an animal’s coordination, but LocoMouse can accurately assess how an animal simply walks or runs. The group has so far used the technology to examine how abnormalities in the cerebellum – part of the brain involved in motor control – affect motion, but LocoMouse could be used to investigate all manner of mobility or gait disorders.