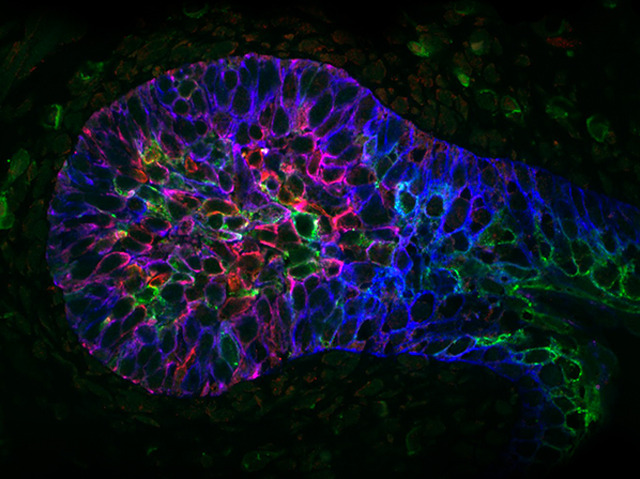 While fascinating in its own right, understanding how organs first develop often sheds light on how tumours arise later in life. Most forms of breast cancer are thought to originate from two types of luminal cells, which secrete milk into the central space, or lumen, of the mammary gland. Early in development, these are derived from multipotent stem cells, able to produce a range of different cell types. Pictured above is a developing mammary gland in a mouse embryo; the cellular marker for these stem cells (in green) overlaps with markers for both luminal cells (in red) and cells destined for the outer layers of the gland (in cyan). However, after birth, mammary gland stem cells become more specialised, each giving rise to only one type of cell. This means that tumours derived from each population will have distinct characteristics, which may be critical for determining the most effective treatment.