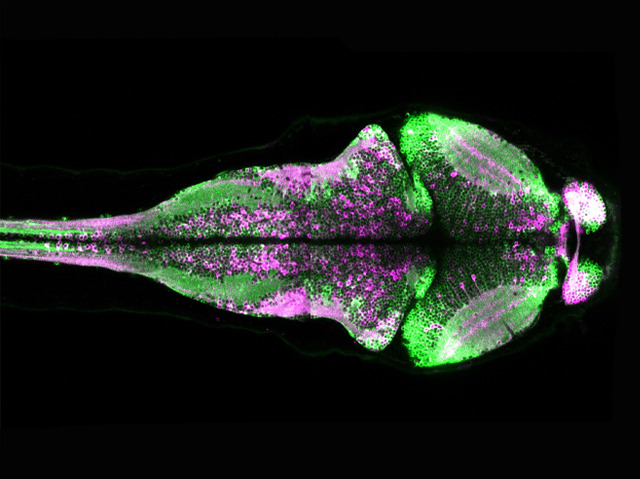 The brain is the most fascinating and mysterious organ of all. To understand how it works neuroscientists need to figure out which brain cells (neurons) are active during each of our behaviours: laughing, dancing, eating breakfast, the lot. It’s a daunting task, but detecting brain cell activity with chemical sensors – like the one used in the zebrafish pictured – are making things easier. This fish was genetically engineered to express a protein that glows magenta irreversibly when it both binds calcium (which increases inside active brain cells) and when exposed to violet light. Why does the light matter? Because switching on and off the light enables the neurons active at that moment, and only those neurons, to be permanently set to glow. In this fish, for example, the glowing magenta neurons were those cells that were active during a few seconds of violet light exposure when the fish was swimming about.