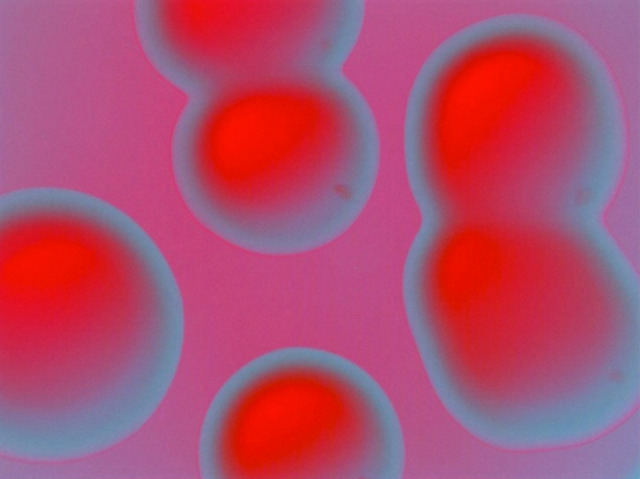 Antibiotic-resistant pathogens, such as these growing colonies of methicillin-resistant Staphylococcus aureus (MRSA), are an increasing threat to our health as we have no drugs that can fight them. This makes it crucial to develop new antibiotics by exploiting different weaknesses in the pathogens’ armour. A recent study examined enzymes, which the bacterium produces when antibiotics attack its cell wall. One enzyme called – rather confusingly – MsrA, helps the bug adhere to its victim’s cells and to fend off attack from white blood cells of the immune system. But another type of enzyme, MsrB, counteracts the effects of MsrA. So, it may be that MRSA is poised in a delicate balance between the effects of these enzymes. As they’re important for the survival of many other pathogenic bacteria, understanding these enzymes will hopefully begin to excavate a valuable chink in the armour of more than just MRSA.