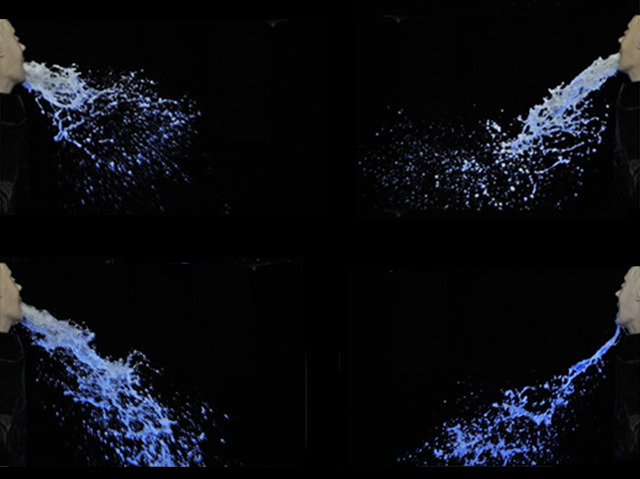 Meet Larry, not a real boy but the head of a first-aid training manikin adapted to help prevent the spread of the winter vomiting bug, norovirus. Vomiting is the body’s natural method to rid the stomach of germs but when it happens around thirty million virus particles are released into the surrounding environment. The challenge is to decontaminate those particles before they infect another person. Stomach contents are dispersed farthest when there is a sudden, violent expulsion, called projectile vomiting. To simulate this scientists filled a piston pump with a fluorescent liquid and attached it to Larry. After releasing the piston (pictured) they found most of the fluorescence just over a metre from the mouth but they also found minute droplets, not normally visible to the human eye, as far away as three metres. So, a three-metre rule for the cleaning zone will ensure a room remains virus-free.