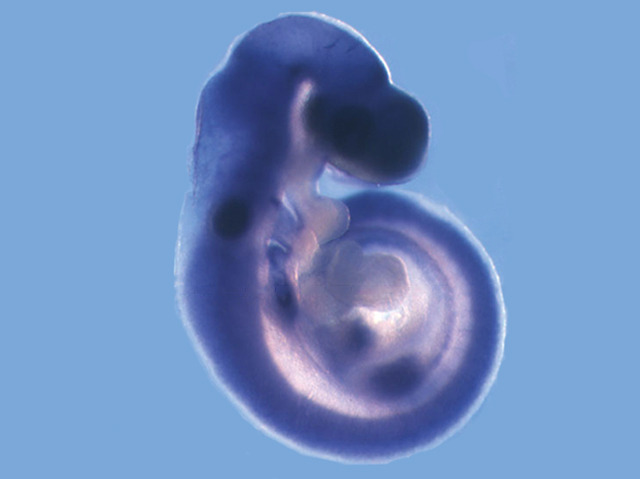 During the early stages of pregnancy, the neural tube – which will later become the spinal cord and brain – starts to form. A neural tube defect is where the tube fails to form properly, exposing the brain/spinal cord to fluid in the amniotic sac, leading to disorders such as spina bifida and anencephaly. Researchers have found that an enzyme called glycine decarboxylase (GLDC) is intensely active during the formation of the neural tube (the dark area in the head of this developing mouse), promoting cell growth. Disrupting GLDC slowed down the development and growth of the tube – a clue that it’s vital for neural tube closure. It’s known that babies deficient in GLDC have a rare disease called non-ketotic hyperglycinemia, leading to symptoms including seizures and muscle limpness. These new findings now put the gene that codes for GLDC at the heart of these two separate disorders with crippling effects.