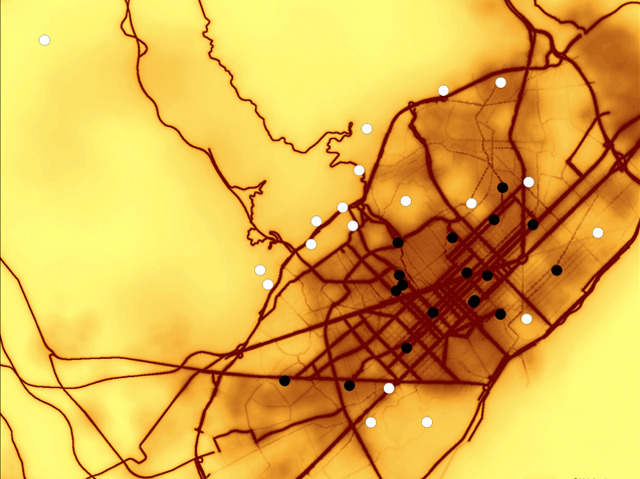 As any parent knows, kids change fast. By the time a child is born, its brain is about a quarter of the size it will be in adulthood, but much of the development of the cerebral cortex – the bit responsible for memory, language and thought – happens as they grow into a toddler. But it doesn't stop there, and throughout the primary school years a child's brain is constantly changing as they learn new things. Researchers in Spain have discovered that in schools in areas with the highest pollution – shown by the black dots on this map – kids seem to have slightly slower memory development than children in less polluted areas (white dots). Figuring out why this is happening, and what might be done about it, could have implications for air pollution regulations in cities as well as the location of new schools in the future.