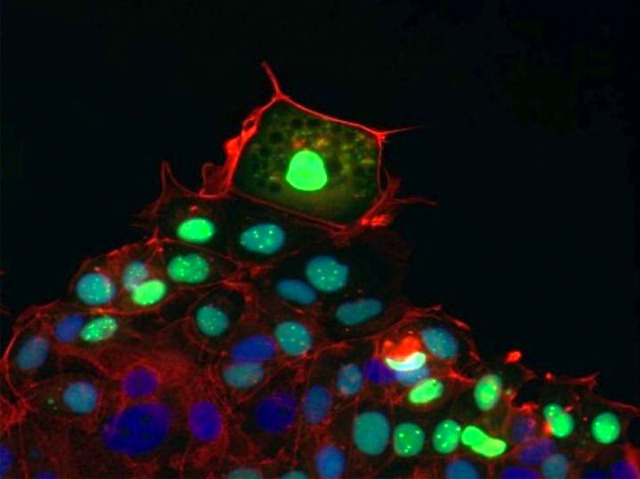 The ability of close-knit groups of cells to move around the body is crucial for wound healing, and scientists now have a better idea how it works. A sudden absence of mechanical force between cells at the site of a new wound, where cells have been destroyed, triggers the production of a protein called DII4 in some cells. This, in turn, tells others to move in and fill the gap. Cells that are otherwise identical specialise into two groups: leaders (fluorescently tagged here in green) and followers (blue). And it seems the activation of the gene that makes DII4 is critical: it’s switched on in leader cells but not in followers. Our new understanding of what drives collective cell migration could help us better manipulate cells to repair damaged tissue in patients whose wounds don’t heal normally. It may also help to create tissues and organs in the lab.