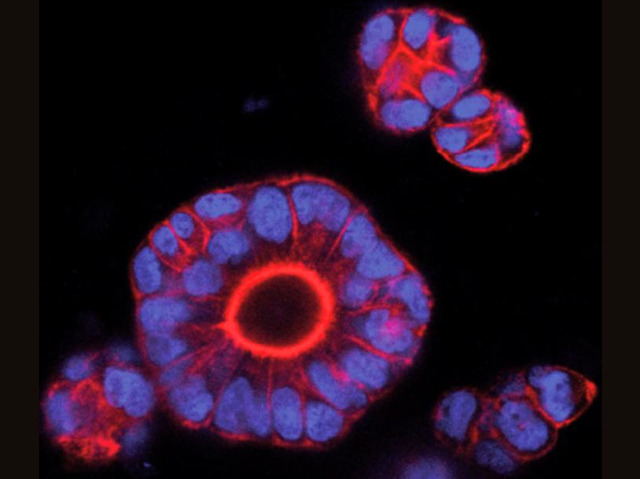 Almost half of all colon cancer patients suffer relapse after tumour removal because the cancer metastasises, meaning it spreads to other parts of the body. Now, researchers have found a way to identify patients most at risk of this by looking at the activity of genes in the tissue around the tumour, known as the stroma. Basically, if gene activity in the stroma is not altered by the cancer, it will not have spread. This discovery could lead to a diagnostic test. But the same group is also working on a way to prevent metastasis. They’re using chemicals to inhibit a hormone called TGF-beta, which the cancer cells use to communicate with the surroundings. Using tumour cells derived from patients and grown in dishes (pictured), they've demonstrated that their inhibitors block the chatter between tumour and stroma, thereby halting the cancer’s progression.