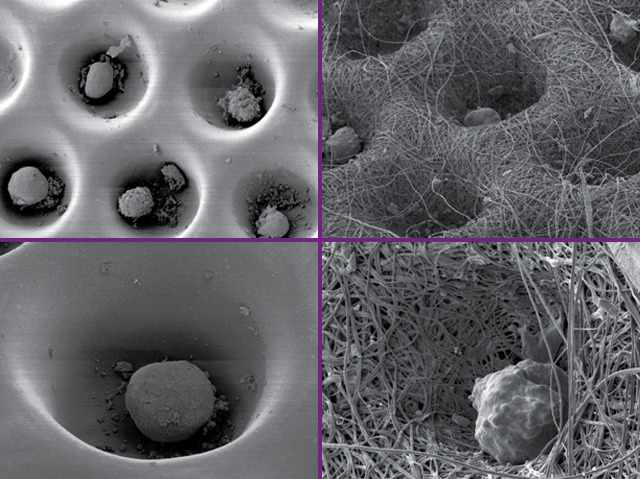 These tiny egg-like structures are actually clusters of cells that produce insulin, the hormone missing in people with type 1 diabetes. Clinicians have been transplanting these cells into the livers of diabetic patients to restore their ability to regulate blood sugar. The technique works initially but after a while the cells disappear, probably because they grow in large clumps without blood vessels so they lack nourishment. In their normal environment in the pancreas the cells grow in small groups called “islets”. Researchers are exploring materials that will mimic the pancreas and allow the cells to be transplanted in a standalone structure. Here they assessed a thin film (left) and a mesh (right) pressed into tiny nests to ensure the cell clusters remain small. Mesh is most promising because the gaps between the fibres allows blood vessels to invade and nutrients to move freely which improves survival.