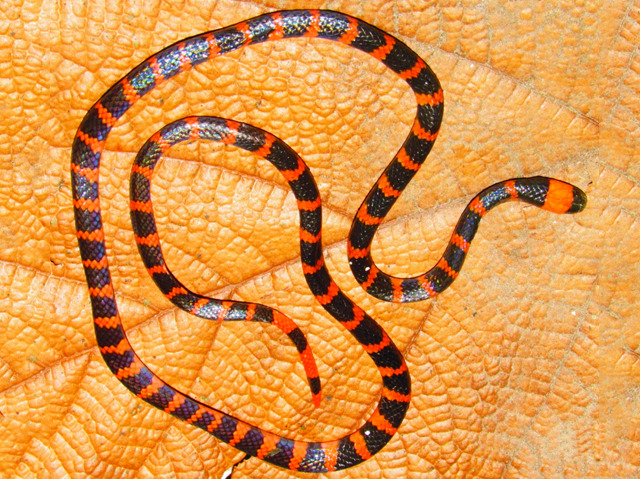 The venomous bite of the Costa Rican coral snake (pictured) has debilitating effects on its prey’s nervous system. Toxins found in the venom called micrurotoxin1 (MmTX1) and MmTX2 target communicating nerve cells (neurons) – forcing open a sensitive electrical channel called the GABAA receptor. GABAA receptors are essential to healthy communication in the brain, but their disruption leaves neurons prone to a barrage of chemical signals, often resulting in seizures. Investigating the venom’s effects reveals new details about GABAA signals and how they break down in conditions such as epilepsy and schizophrenia. MmTX1 and MmTX2, the venom’s toxins, may also be put to good use – using their dramatic effect on GABAA receptors as a ‘model’ to test anti-seizure drugs.