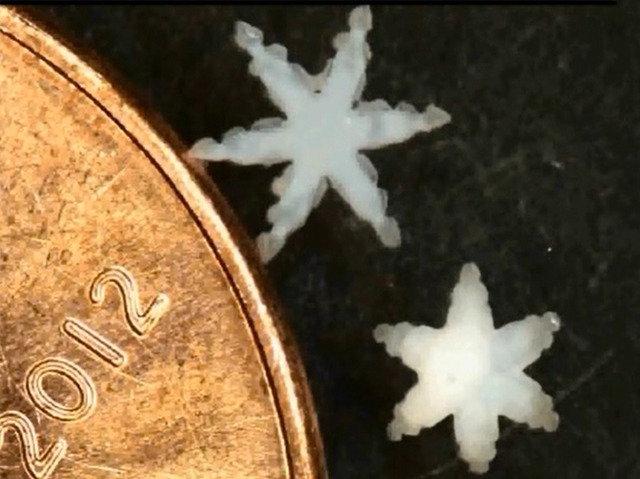 These delicate-looking snowflake shapes are actually tiny mechanical claws. They’re made from a material called hydrogel (pictured in white) which swells up at certain temperatures, pulling an inner skeleton of stiff plastic into different shapes. Simply heating or cooling the devices – known as microgrippers – triggers them to ‘open’ (top), or ‘close’ (bottom). Pictured next to a one cent coin, microgrippers can be moulded (or 3D-printed) with a core of iron particles, allowing them to be guided around inside a test tube, or a human body, using magnets. Such soft robotic devices have huge potential for clinical use, including delivering drugs to diseased cells and 'clamping' areas of tissue during operations – ultimately decreasing the risk, as well as the cost, of intricate surgery.